At WellBeing, we believe in keeping ourselves and our customers abreast of industry news and trends. There are many compliance and safety regulations and guidelines to follow when dealing with medical waste disposal and facility hygiene. We are here to be your resource for any questions or concerns you may have.

Training available through our partnership with Excellence in Practice. 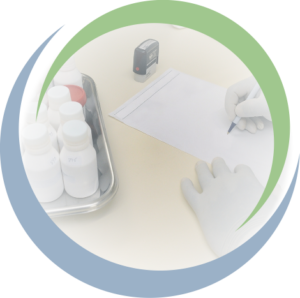 What is medical waste?

Anyone who has been to a hospital or doctor’s office has seen the red biohazard plastic containers and bags. These are used for the safe removal of sharps, needles, IV catheters and other waste that contains human blood or bodily fluids. This is considered biohazard waste and cannot be thrown away with the everyday trash. Disease and viruses found in blood and body fluids can cause outbreaks if they are not disposed of properly. The contaminated refuse can also cause issues for the ecology if it is not treated before being placed in a landfill. Medical waste is any garbage that is generated in an institution or doctor’s office that has any type of blood or bodily fluids. These fluids include saliva and mucous and as previously stated, cannot be thrown in the regular trash because of the viruses and disease they may contain. Since this type of material does not contain sharp objects that can pierce a plastic bag, it does not have to have a special storage container. Instead, they can be thrown away in a red biohazard bag that is made specifically for that purpose. The red bag allows all employees and cleanup crews to know that this waste is not to go into the regular garbage bins.

Why is medical waste pick up important?

Proper medical waste removal is very important because this waste can be hazardous to anyone or anything that comes in contact with it. If you simply throw it in the regular trash you have no idea where it will end up or who will be exposed to it. Humans and animals could be exposed to the hazardous waste and become contaminated themselves.

What is your service area?

When can you start picking up from my facility?

As soon as a service agreement has been signed, usually the same day if needed.

No we do not have contracts but a simple service agreement. This gives us permission to pick up from you facility and spells out what your service entail for your location.

What if I’m under contract with another company?

Review the terms and conditions of your current contract to see if you are able to terminate. Please be advised that depending on what provider you are currently using, advanced notice may be required to cancel service. Often times WellBeing can offer a solution even if you are under contract.

Do you supply containers, bags and/or boxes?

Do you pick up expired pharmaceuticals?

Do you provide documentation once my medical waste has been disposed of?

All customers are provided with access to certified waste destruction documents. Once the waste has reached its final destination, a completed manifest verifying that it has been properly disposed of is returned to the generator.

Do you have autopay and are we required to use it?

We do have auto pay available and it is optional. However, by signing up for auto pay you may be eligible for a discount as well as never having to worry about late fees or remembering the payment. Payments will be automatically deducted, worry-free!

Can you provide a no-cost estimate?